Considering all the events that eventually led to the completion of the building of the Balatoni museum in Keszthely, it is an exciting story full of twists and turns.

It all started in the early 1920s with a more than generous donation from the Festetics Entail, and continued with generous state and town donations (state aid, share of Keszthely’s sales tax). Then the difficulties came: money inflated, and even a suitable plot of land had to be found.

The latter problem was solved by another lucky turn, which gave the endeavor a new impetus: the Prince wanted to get rid of the racing stable offered for building materials so much that he added even a plot to his donation, so as to demolish the building and get rid of the loud refugee families that disturbed the tranquility of his park.

From the very beginning, two pairs of eyes are were watching over: the two pillars of the Association, President dr. Sándor Lovassy, and Secretary dr. Árpád Csák noticed all irregularities and recorded them in the construction log.

In what proportion do the workers mix the concrete? How many gaps remain between the stones scattered in the walls? Are the roof beams sawn or carved?

Nothing remained hidden from them.

After the construction contractor went bankrupt, they outsourced the work to subcontractors, and work then continued at an even lower standard. Sometimes it was necessary to dismantle the pillars that had already been completed, but placed in poor quality lime mortar.

The technical acceptance took place in 1927. The building contractor, that is the Balatoni Museum Association, started to run into debt at that time. The estimated cost of the second half of the construction was higher than the available state funding.

After the building was completed

In 1928, the 30th anniversary of the Association was celebrated, and the completion of the building was tied to this anniversary. The façade of the museum still reads today: “Built MCMXXVIII”, that is, in 1928.

No support was received from the state during 1930 and 1931, so part of the Association’s debt was sued and enforcement was ordered by the Nagykanizsa District Court.

The collectors seized showcases, mords, sniffers, pocket knives, but also stuffed birds and gypsum fish, anything that was worth, for a total of 23,300 Hungarian money.

In the following years a hall was floored, the library moved in, and by 1934 the exhibition rooms were also available. Thus, from August 1935, the valuable artefacts from the natural history collection could be presented.

In 1938, ten years after the building was completed, the interior works were still in full swing: cladding, constructing electric lighting, building stoves, equipment. This year, the first archeological exhibition was opened in the four halls upstairs. 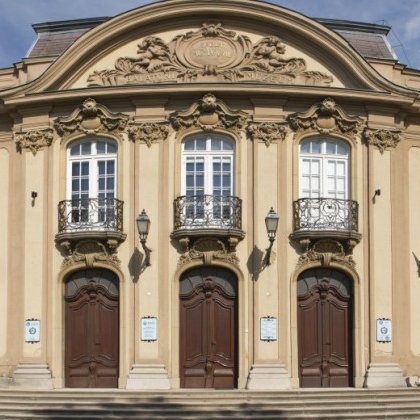